brisbane powerhouse dancers international musicians by Caroline Russo | on January 16, 2015 | 0 comments | in Theatre | Like it 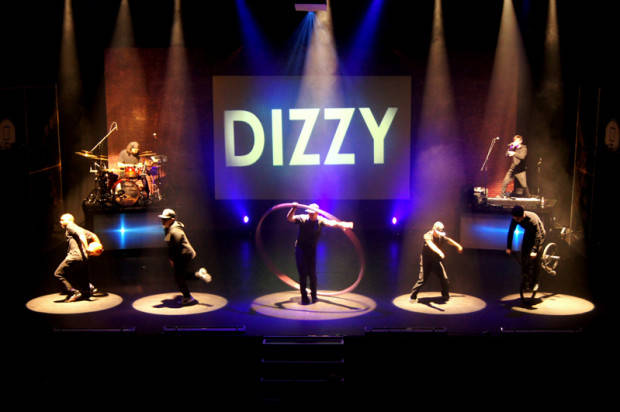 “It would be a mistake to miss this radical reinvention of circus…. entrancing entertainment from beginning to end” – ARTSHUB 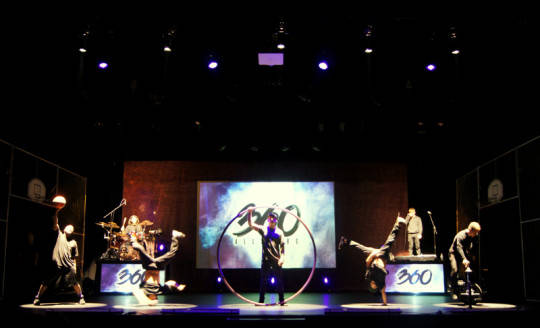 Creator and performer, Gene Peterson, who hails from Brisbane, said the show was conceived after positive responses to smaller shows and wanting to create a larger show with “no restrictions and no limits”.

“I just wanted to make something really awesome! And that was literally my selection criteria for the art forms – BMX Flatlanding, Basketball Freestyling, Breakdancing, Beatboxing, Drumming and Roue Cyr – how many different types of awesome we could put on one stage?

“And the fact that I’d not given myself any limits meant I could dream big. Why should we settle for any old BMX rider… let’s get the world champion!”

Reinventing traditional circus, 360 Allstars replaces acrobats with break dancers, substitutes a basketball freestyler in place of a juggler, swaps the unicyclist for a BMX flatlander, and sees a Roue Cyr artist put new meaning to the term “ring master”.

“It was like giving myself permission to think like a kid in a candy store and ignore the realities and restrictions that you learn to accept as an adult. I think that’s why this work relates to a younger audience so well. It’s got everything a kid would think is cool because I was thinking like a child when I dreamt it up! And hopefully that appeals to the inner child of our adult audiences too,” continues Peterson.

“It’s often said that if you’re having fun on stage, the audience will be having fun with you, and the 360 Allstars performance exemplifies this statement.”

Featuring artists from UK, Europe, America, Australia and NZ, 360 Allstars is a colourful and exciting expression of a generation that has reinvented public performance.