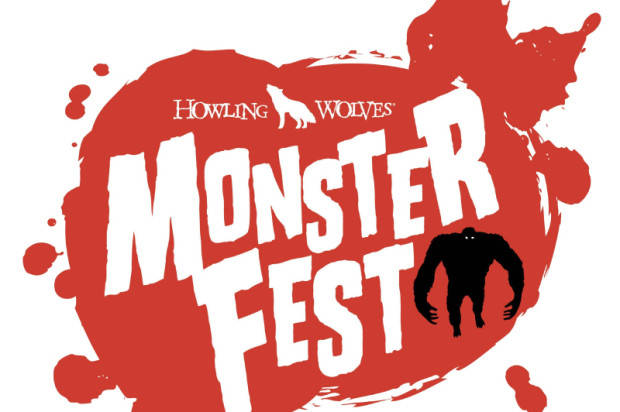 Fans will have the rare chance of seeing the film on the glorious big screen in each capital city, with one-off screenings attended by the star of Part 2 of THE HUMAN CENTIPEDE films, brilliant English actor Laurence R. Harvey, who will be at each event to introduce the film, followed by Q&A and signing sessions.

Controversy has followed THE HUMAN CENTIPEDE since it first shocked the world in 2010. “Is this the sickest film ever made?” asked Britain’s The Sun newspaper, while legendary film critic Roger Ebert refused to give the film a star rating, stating that it “occupies a world where the stars don’t shine.”

In 2011, the second episode of the trilogy, THE HUMAN CENTIPEDE 2 (FULL SEQUENCE), was pulled from Australian cinema screens after conservative pressure groups successfully lobbied to have the film’s R18+ rating reviewed. The ban was lifted only after the film’s distributor, Monster Pictures, made cuts to the film.

Monster Pictures will submit the latest installment in the next couple of weeks and wait anxiously for the verdict from the Australian Classification Board. “We’re nervous, no doubt,” said Neil Foley from Monster Pictures. “I’ve seen the film and it ain’t no walk in the park. Let’s just hope sanity prevails and we can release this film without any issues from the censors.”

Writer-director Tom Six declared that Part 2 would make the notorious original film look like ‘My Little Pony’, and now he promises THE HUMAN CENTIPEDE 3 (THE FINAL SEQUENCE) will make Part 2 look like a Disney film!

THE HUMAN CENTIPEDE 3 (FINAL SEQUENCE) unites the star of the first two filmsDieter Laser with Laurence R. Harvey, as warden and sidekick, respectively, of an American prison. They hatch a plan to cut costs by creating a human centipede, not with three people as in Part 1, or with twelve, as in Part 2, but with 500 inmates – each joined in such a way to share the same digestive tract!

The original film claimed to be “100% medically accurate”, the second “100% medically inaccurate”. Now, Part 3 takes it to a whole new level by announcing itself to be “100% politically incorrect!” And in this day of homogenised pop culture, what could possibly be more enticing than that?

THE HUMAN CENTIPEDE 3 (FULL SEQUENCE) will screen in capital cities across the country with special guest, Laurence R Harvey, as a Monster Fest Presents special event.

Said Laurence R. Harvey of the tour: “I’m delirious about coming down to Australia once again. Making the film was so much twisted fun and it’ll be brilliant to share the madness with fans in my home away from home, Australia – see you all in June.”

Monster Fest Presents will host ongoing screening events each Friday night at both the brand new Lido Cinemas in the Melbourne suburb of Hawthorn (Official Opening June 25th), as well as the New Farm Cinemas in Brisbane. THE HUMAN CENTIPEDE 3 (FINAL SEQUENCE) will be released on DVD & Blu-Ray by Monster Pictures and will be available in major rental and retail chains from June 17.