YO GOTI’S NEW ALBUM ‘THE ART OF HUSTLE’

National Hustle Day Nicki Minaj rapper The Art of Hustle Yo Gotti by Caroline Russo | on February 15, 2016 | 0 comments | in Music | Like it 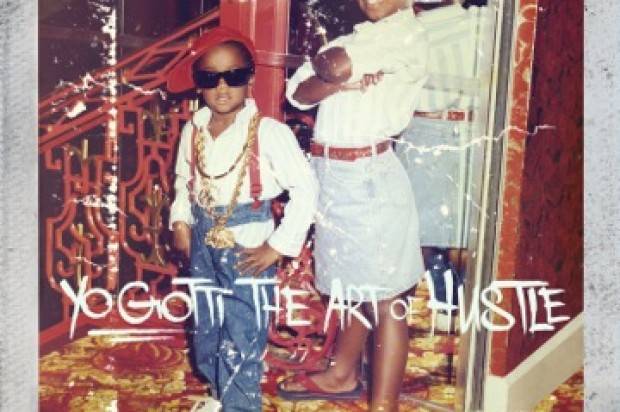 After months of anticipation, Yo Gotti has set “National Hustle Day” as February 19, 2016 for the release date of his new full-length album, The Art of Hustle. With the highly anticipated album fast approaching, you can pre-order the 14-track Deluxe Edition right now and at midnight tonight receive instant grat downloads of the current smash single ‘Down In The DM’, ‘Down In The DM’ (Remix) ft. Nicki Minaj and ‘General’ ft. Future.

In revolutionary fashion, Yo Gotti empowers his fans to join the Hustle today. The multiplatinum Memphis rapper and CMG mogul personally selected top supporters online and direct messaged (‘DM’ed’) them the music video for ‘Down In The DM’ on Twitter and Instagram. He actually granted his audience the power to premiere it. Almost immediately, the clip spread virally across social media via his devout fan base, and became an instant trending topic on Twitter and Instagram.

Like everything Gotti does, the ‘Down In The DM’ video is unforgettable. Filming what might be the dopest wedding in history, he casted numerous friends including DJ Khaled, MGK, Rae Sremmurd, YG, Wildn Out star Billy Sorrells, and Cee Lo Green as a priest (you read that right!) as well as social media sensations She Loves Meechie and Reggie Couz who Gotti enlisted after viewing a hilarious online video in which Meechie stars.

Yo Gotti has owned the #1 spot at US Urban Radio for two consecutive weeks with ‘Down In The DM’. Since its addition, the single enjoyed a steady climb before taking the crown. Now, it shows no signs of slowing down or stopping.

About the album, Gotti comments, “This is my life on tape. Hustling is all I’ve ever known—from the hood to the music industry. Knowing this art is one of your best assets no matter what you do. I wanted to give everybody my story in my words and share that you can become great at anything you want if you’re willing to hustle. I’m proof.”

In order to cover the scope of this journey, Gotti even chose childhood photos to adorn the respective standard and deluxe covers and will be premiering an exclusive documentary entitledBorn Hustler very soon.

Back in November, Yo Gotti unleashed his latest installment of his celebrated Cocaine Muzikmixtape series, CM8: ANY HOOD IN AMERICA and hit the road on his CMG Presents The 8 For 8 Tour.
Hustling gets its own soundtrack on February 19.