YO GOTTI RELEASES HIS NEW ALBUM ‘THE ART OF HUSTLE’ ALBUM IMMEDIATELY VAULTS TO #1 ON US ITUNES OVERALL AND US HIP-HOP/R&B CHARTS YO GOTTI PERFORMS ON JIMMY KIMMEL LIVE! FEBRUARY 24 GRACES THE COVER OF THE SOURCE MAGAZINE

It’s officially “National Hustle Day” as Yo Gotti’s new full-length album, THE ART OF HUSTLE, arrives in stores and at all digital retailers.

Hip-Hop’s most anxiously awaited musical manifesto immediately soared to the number 1 on the US iTunes Overall Top Albums and US Hip-Hop Albums Charts.

Continuing to impact and influence, the multiplatinum Memphis rapper and CMG mogul revealed the music video for the next single and title track ‘The Art of Hustle’ directed by Eif Rivera [50 Cent, Puff Daddy, French Montana]. The narrative clip sees him walk right out of a jail cell into an office, displaying how to conduct business while giving a valuable lesson on the “rules to the game”. It’s the first part of an ongoing visual series with more to be revealed very soon. Stay tuned.

Next Tuesday February 23, Yo Gotti sits down with the women of The Real for a personal career-spanning interview about his upbringing, music, entrepreneurial pursuits, and more. The following day – Wednesday, February 24 – he makes his debut on ABC’s Jimmy Kimmel LIVE! for a performance of his hit single, ‘Down In The DM’. This follows up the recent television premiere of the intimate and informative documentary ‘Born Hustler’, which premiered on BET Jams on February 15. Check it out in its entirety at The Fader now. This month, Yo Gotti also graces the cover of The Source Magazine—another major milestone.

In a little under one week’s time, the music video for his #1 US Urban Radio hit ‘Down In The DM’ garnered over 2 million VEVO views and is now at over 6.8 million views. Following the album’s introductory banger, he assembled an arsenal of anthems for the tracklisting. From the soulful boom of opener ‘My City’ feat. K. Michelle and the brooding hood poetry of ‘Bible’ feat. Lil Wayne to the poignant and introspective ‘Mama’ and energetic blast of ‘General’ feat. Future, Yo Gotti delivers a triumphant and timeless body of work. 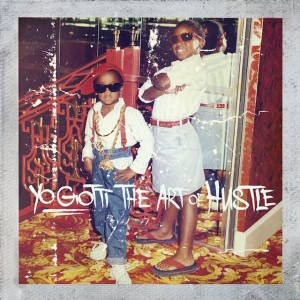