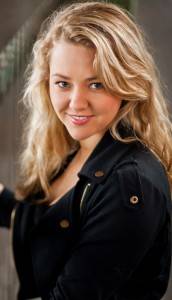 Meisha Lowe is from Sunshine Coast Hinterland Maleny,  and is now living in Canada and to peruse her dreams as a actress. She appeared in her first television show in 2010, in the tele-movie Underbelly Infiltration and was in  the feature film released  November  2012 ” The Killage”.  Hush Hush Biz had a quick chat with this very attractive and young star rising and we are told to keep a eye on her as she could be the next star rising to crack it in the Big City  and is setting her goals to be there!

1. When did you decide to become a actress and was there a influence there to draw you to this?

It sounds so cliche’, but I have wanted to be an actress ever since I was a child. I can’t remember wanting to do or be anything else so badly. From around the age of 6 I can recall having dreams of being on the red carpet and I still have those dreams now. I love performing, entertaining and any body who knows me well knows that I love to laugh and have fun by making people smile.

2. Who been your best teachers so far?

Mirko Grillini, a fellow actor, has been a great mentor for me. He taught me the business side of acting and gave me advice and guidance when I was first starting out. It’s hard to know “where to begin” and if you are lucky enough to have someone give you that kick-start it makes a huge difference.

I am also a firm believer that “life is a teacher”. The more experiences you have, the more challenges you overcome – the more you learn and thus become a stronger person and actor.

3. What has been so far the biggest lessons you learned in the industry and give us some back ground to it?

Take a risk and follow your gut. And BE PROACTIVE! Over the past four years since I began acting, I have acted in over 20 short films in Australia and now Canada. It’s a great chance to practise the craft, see what works and what doesn’t. And it also is great for networking. Those student film-makers that you work with now could be the Steven Spielberg’s of the future…you just never know.

4. You achieved some great parts so far, how have they changed you?

I certainly haven’t made the big leagues yet, but all of the little roles I have done so far have really helped me get an understanding for being on-set, and really experiencing film-making. I also did a 9-month theatre tour with Brainstorm Productions last year, where myself and my touring partner performed 252 shows over that time frame. I feel I grew as a performer and learnt things about myself I wouldn’t have otherwise.

5. Now you live in Canada what is happening there for you ….is it better for you to be there and are you working on something now?

I moved to Vancouver, Canada over 6 months ago. As with any big move (especially half way across the world!), it takes time to settle in but I am really enjoying it now. I feel there is more opportunity here and there is a certain “buzz” in the air when it comes to film. In the last 2 months I have acted in 4 short films and this weekend will be acting in an entry for the Whistler Olympus 72 Hour Film Festival. I am confident the future will bring more opportunities and look forward to what is to come.

6. What is the vision or dreams in the next 5 years?

I plan to be in Vancouver for another year and a half, and depending on what kind of roles I book, I would like to move to LA in the next few years. This year, I want to book a role in a North American feature film and and continue to expand my acting craft. I want to be able to do this full-time and “give up my day job”! Isn’t that the dream!?

7. If you were to pick a a director , producer, and to pick who you be acting with in a lead roles who would be on the top of the list for you and why?

What are you favourite type of characters you like to play. ?? I would love to work with Jane Campion, who directed Bright Star. I loved the film, especially watching behind the scenes and she’s a Kiwi like my Mum! And of course it would be amazing to one day star in a film with Meryl Streep – she is the ultimate actress and I could only imagine what I could learn from her.

I would love to play a “kick-ass heroine” role! Exploring courage, determination and the strength of a female character – something like Jennifer Lawrence in The Hunger Games. We have to aim high, right?