YOUR FAVOURITE CREW IS BACK ON BOARD BELOW DECK MEDITERRANEAN

BELOW DECK MEDITERRANEAN binge by Caroline Russo | on June 29, 2022 | 0 comments | in Entertainment | Like it 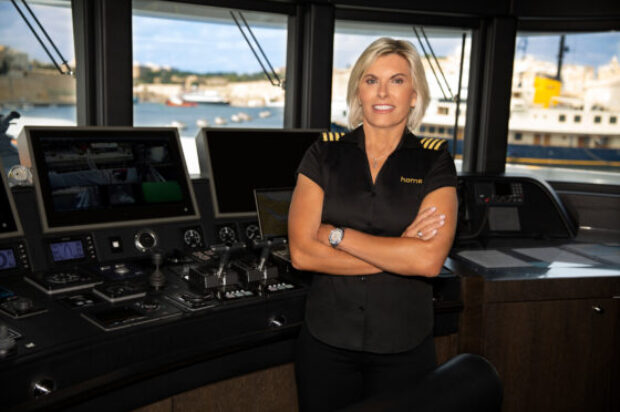 Captain Sandy Yawn and fan-favourite Deckhand Mzi “Zee” Dempers are headed to Malta for the first time. The destination isn’t the only new thing this season. Joining Sandy and Zee on board is a brand-new crew, which consists of Chief Stew Natasha Webb, Chef Dave White, Bosun Raygan Tyler, Stews Natalya Scudder and Kyle Viljoen and Deckhands Storm Smith and Jason Gaskell.

In the new season expect outrageous costumes, wild nights out, and some inter-departmental drama. Stew Natalya hits it off with a crew member, despite stating she’s not looking for a “boat romance,” while Stew Kyle pursues a hook up with a guest. However, tensions rise as Natasha begins a new relationship with Chef Dave, something that could affect the whole crew if it goes south.

Fans of Below Deck Mediterranean can also enjoy the latest seasons of the Below Deck franchise available to stream on BINGE.

Below Deck Mediterranean is produced by 51 Minds with Courtland Cox, Nadine Rajabi and Mark Cronin serving as executive producers alongside Christian Sarabia and Temple Williams.