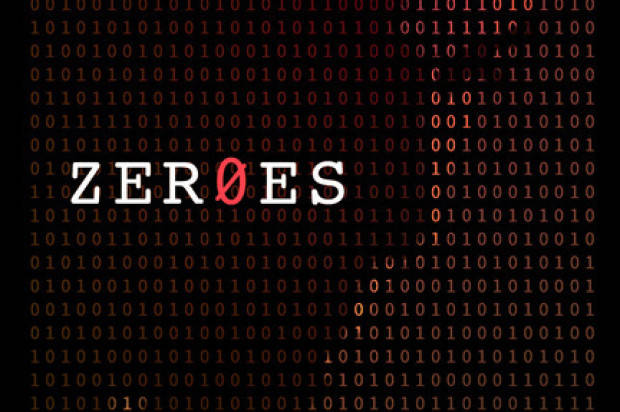 Chuck Wendig is a writer with a love of redeeming seemingly unlikeable characters. In his latest venture, Zer0es, he’s set himself the near impossible challenge of making heroes out of hackers- those hidden wolves of the internet we’re all taught to fear.

Could it be possible for any writer, even a talent like Wendig, to make an internet sadist sympathetic, let alone heroic?

The answer, surprisingly, is yes.

Around America, hackers are quietly going missing. Even by hacker standards, the latest five to vanish are an oddity. A hacktivist working to overthrow regimes, an old-school cipherpunk who might well be a conspiracy nut, a troll, a card scammer, and a guy who only picked up the hacker playbook in the name of righting a small-town wrong. The Zeroes.

Captured by the US Government, they each have a choice: federal prison, or a year as part of an elite cyber-espionage unit housed in the middle of nowhere. As they work, they catch glimpses. Something is happening in the deepest parts of the internet. The Zeroes don’t trust each other, can barely stand to be in the same room, and yet if they want to survive, they’re going to have to learn to work together.

Zer0es is an edge of your seat psychological thriller about the nature of heroes and villains, and the lengths we’ll go to in order to feel safe. This book is equal parts ‘fear your smart phone’ and ‘fear your government’ wrapped up in the minimalism of an action movie.

There are no long and drawn out conversations about feelings, or even much focus on the emotional impacts of what’s happening. It works well, for the most part, but there are moments when I’d have liked to have seen some measure of those emotional complexities show through the veneer of action-hero chic. Clearly, it’s not enough to ruin the story for me, but if you need more than a surface read of a character, you might be in for some frustration.

Wendig isn’t one to shy away from cussing, and if you prefer your fiction without a regular stream of hard-core cursing, this is probably not the book for you. My benchmark for swearing in writing is simple: if I would most likely swear in the same situation, I’ll give it a free pass. Given that, I’d say Wendig was rather restrained in his use of cursing here.

For all the cursing, and the action flick sensibilities, it’s an engaging read where you can’t help but sympathise with the characters and their plight. At its heart, Zer0es is a story about choices and redemption, cunningly disguised in amongst car chases and epic shoot outs.

Zer0es is the sort of book that it’s hard to put down, and if you can wrangle a day alone to read, I’d highly recommend it. It’s available at all good bookstores, as well as online at iTunes and Amazon. 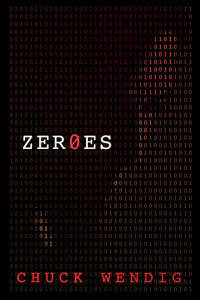