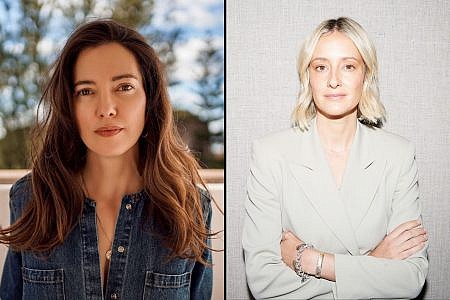 The selection continues the State’s impressive track record of supporting a local Western Australian director with a $750,000 production grant to realise their debut feature film vision on the big screen.

“We were incredibly impressed with the calibre of projects submitted this year. Birthright stood out as a sharp, zeitgeisty and funny film, and we can’t wait to see it come to life. Zoe and Cody are a dynamic team with a strong track record, and we’re so pleased to be supporting Zoe to direct her first feature!” said Rikki Lea Bestall, Screenwest CEO.

A black comedy, Birthright is a revenge tale. After losing his job and getting evicted from his rental Cory and his pregnant wife, Jasmine, are forced to move back home with his parents. As their stay extends, Cory fixates on his parents’ wealth and decides the only way to achieve the success he always imagined, is to do something unimaginable.

“Birthright is surprising and audacious, with Zoe’s distinctive voice at the centre of a very timely narrative. Cory and Jasmine’s journey feels both universal and close to home; it will be wonderful to see these funny and flawed family dynamics hit the screen and resonate with audiences.” said Martha Coleman, Screenwest Head of Creative: Content & Industry Development.

Described by Zoe as existing in a heightened story world that slips into the surreal, the film explores intergenerational inequality. Since the 80’s house prices in Australia have risen by 960%, creating a crippling housing affordability crisis and a powerplay between Baby Boomers and their Millennial children.

“I couldn’t be happier with this support from Screenwest. I went wild with this script, I wrote a film that I want to see and I’m thrilled that Screenwest are up for the ride. Working with Cody Greenwood as producer and John Maynard as Executive Producer really is the dream team. They’re so incredibly supportive of my creative vision.” said Zoe Pepper, Writer/Director.

Zoe Pepper is a writer and director for film, TV and theatre. Her screen credits include web series Lift and The Big Spaghetti, for which she won the ADG Award for Best Direction in an Online Comedy Series. Zoe was also selected for Screenwest’s prestigious Feature Navigator program and has participated in international feature lab Attagurl.

“It has been a privilege to work with Zoe over the past few years. She is an exceptional writer and director and is intensely dedicated to her craft. Birthright is a highly original story that sits squarely in the zeitgeist and there has never been a better time to make this film than now.” said Cody Greenwood, Producer.

Cody Greenwood is the founder of Rush Films. Her latest feature documentary, Under the Volcano, premiered at SXSW and was nominated for Best Australian Documentary at the Sydney Film Festival. She also produced documentary Girl Like You, which premiered on the ABC and won Best Documentary at the WA Screen Culture Awards. In 2021, she was named a recipient of Screenwest’s Breaking the Celluloid Ceiling, an initiative designed to support producers to create bold work for film and television.

Zoe and Cody will join the ranks of previous West Coast Visions initiative recipients, most recently Renée Webster, Tania Chambers and Judi Levine for How to Please a Woman – which is winning hearts all over Australia with audiences flocking to the cinema across its first three weeks, and Jub Clerc and Liz Kearney for Sweet As – which is set to hit screens later in 2022.

Birthright is set to head into production in Western Australia in 2023.