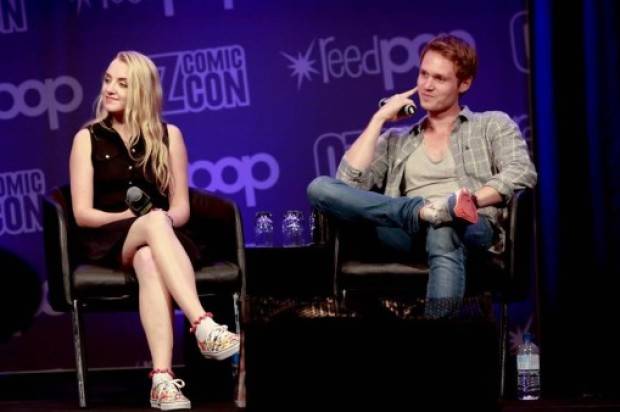 This year’s Oz Comic Con at the Brisbane Convention and Exhibition Centre was engulfed with fans dressed up in Cosplay from all walks of life, which love sci-fi, fantasy and adventure popular culture. One of the most popular series’ ever created was the Harry Potter books and films by J.K Rowling. Evanna Lynch and Robbie Jarvis who were apart of the film franchise were special guests at the convention. This was one of the most anticipated panels of the entire event.

The Harry Potter stars Evanna Lynch played the eccentric Luna Lovegood in the films joined her partner in real life, Robert Jarvis who played young James Potter. They talked about their experiences in the film, how they landed their roles and answered questions of very excited fans as the session progressed. Thrilled to be in Australia, the pair wanted to meet all the dedicated fans and find out about the creatures down under.

Evanna Lynch originally from Ireland, shed light on how she landed the coveted role of Luna from the novels she adored so much. This was her first acting role; she was constantly looking on Harry Potter fan websites and sending audition tapes at every chance. Lynch discovered the open audition advertisement in London when she was only 14 years old, against nearly 15,000 girls. “A week later I was called in to do a screen test with Daniel Radcliffe, I didn’t expect it, I was the creepy fan girl who plastered his face on my walls and roof of my room,” Lynch laughed. She relished in how much of a fan she was, two weeks later she got the overwhelming call that the job was hers.

Robbie Jarvis an English actor did a lot of theatre growing up being involved in the National Youth Theatre from age 16 to 18. Jarvis played young James Potter in ‘Harry Potter and the Order of the Phoenix’. His audition was a little different being cast in one of the most well-known fantasy series’ of all time. Jarvis went in the group audition room and was asked to play a get-to-know- you drama game, to hit ten people’s heads (who were auditioning) as fast as you can. He went along with it and four of the people he hit were the producer, director and two casting directors. “It was part of the reason I got cast because they believed that would be something James would do,” Jarvis said. 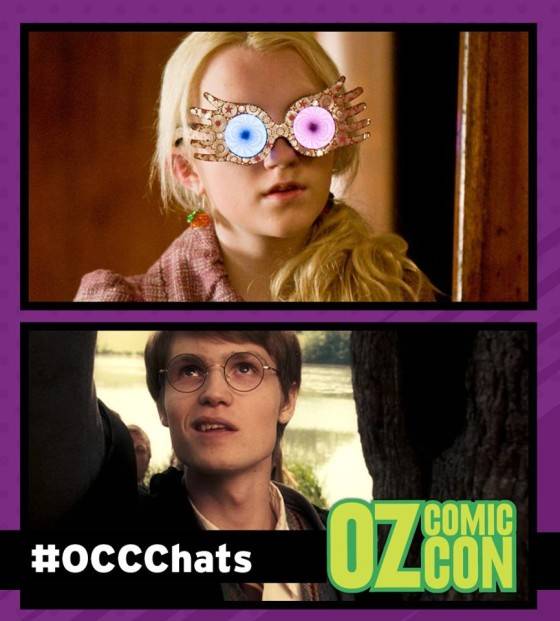 Evanna explained how she related to Luna Lovegood and the reason she auditioned. “I was very shy when I was younger, but connected with her because she was comfortable in her own skin and it was ok to be different also her relationship with animals,” Lynch said. However she delved into the fact that the movies did not explore Luna’s wisdom and spirituality as much as she would like. Robbie agreed and thought “they mostly showed James Potter in his worst moments and not how brave he really was as Head Boy, furthermore laying down his life for Harry.”

The stars were both queried about their most enjoyable memories on set. Evanna was fond of Dumbledore’s Army, when they were taught spells by the choreographer and were disappointed when nothing happened; she also wished Portkey’s were real (as she is always running late). Robbie enjoyed filming Professor Snape’s memory in the last instalment and the fan girl’s that discovered where they were filming, he also wanted to fly on a Broomstick in real life.

The pair was very open and bounced off each other while answering the die-hard fan’s questions. The story changed their lives and will forever be with them, even 4 years after it has ended. The jam-packed room were left with absolute joy on their face, having listened to stories that had them reminiscing on their childhood. I was lucky enough to meet Evanna Lynch before the panel for a photo and my inner child Harry Potter nerd was bursting with happiness. Their seminar was definitely the highlight of the convention. 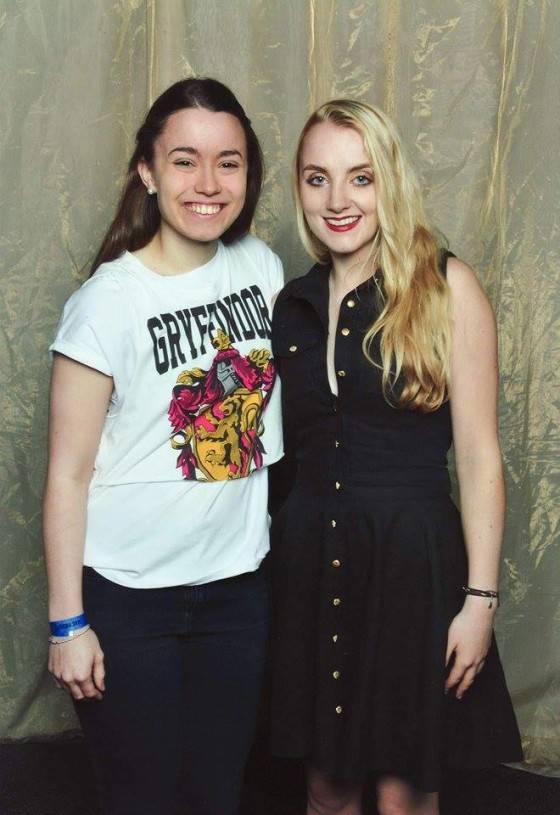