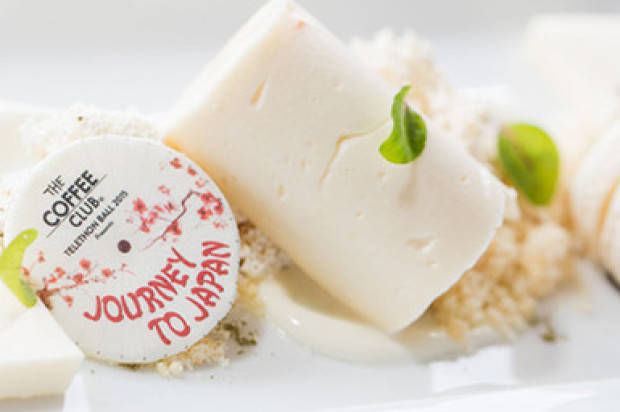 … and 17,000 paper cranes to welcome guests to charity event of the year

Off of the back of her showstopping national anthem performance at the NRL Grand Final on Sunday, Australian singing superstar and multi-award winner, Jessica Mauboy will perform live at the 2015 Coffee Club Telethon Ball on Saturday, October 17. She will be joined by fellow sensations the Ten Tenors and Justice Crew as the stars rally for this major fundraising event.

In addition – 17,000 folded paper cranes will welcome guests on arrival at the Brisbane Convention & Exhibition Centre. This year the event has been inspired by the story of the ancient Japanese Peace Crane, and the legend that 1000 origami cranes will bring luck, good fortune and health.

The evening will be hosted by Channel 9’s Catriona Rowntree together with The Today Show’s Karl Stefanovic, Lisa Wilkinson, Richard Wilkins and Sylvia Jeffreys.

Monies raised from the 2014 The Coffee Club Telethon Ball enabled the Children’s Hospital Foundation to continue to fund research to achieve faster diagnoses, better treatments and ultimately cures for some of the most devastating childhood illnesses.

Taking inspiration from Japan for the culinary adventure component of the evening, BCEC Executive Chef, Martin Latter has created a menu which nods to famous flavour combinations from the land of the rising sun.

“The event raises hundreds of thousands of dollars to fund vital research into the most devastating childhood cancers. Thanks to research, kids are now surviving cancer more than ever before, however, little boys and girls still lose their fight, and this event makes sure less lose the fight,” said The Coffee Club’s John Lazarou.

Connor is one of these little fighters. When he was just three years old he developed a temperature and started having trouble walking. After several blood tests, x-rays and an ultrasound of his hips, doctors still weren’t able to diagnose Connor. By the next afternoon Connor was unable to walk. Three days later Connor’s parents were told the words that no parent should ever have to hear – Connor had numerous tumours in his abdominal area, pelvis, spine and right knee. He was rushed to the children’s hospital in Brisbane, for the official diagnosis by the oncologist of stage four neuroblastoma. The next day, Connor bravely began 15 months of treatment. Since then this brave little man has endured six months of intensive chemotherapy, major surgery, a bone marrow transplant, radiotherapy and six months of immunotherapy. All this, from a new place, far away from his home and friends. Finally on May 18 this year, after more than a year of treatment, Connor ‘rang the bell’. Ringing the bell signifies the last chemotherapy treatment for kids treated at the Lady Cilento Children’s Hospital.

Don’t forget to read our story on the telethon here!