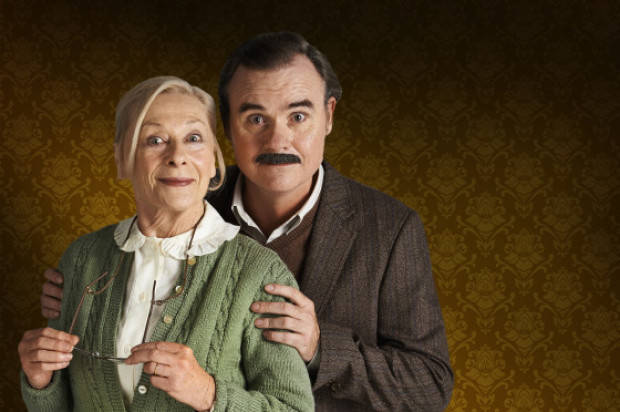 Australian TV’s much loved 1980s sit-com – it was sold to 50 countries back then – has now been adapted for the stage.

Writer Geoffrey Atherden has penned the two-hour show, with the characters intact, and the Beare family faithful to the original. 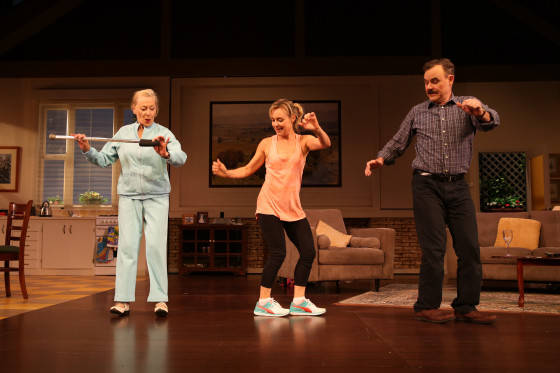 Sadly, Ruth Cracknell has passed away – and as Atherden points out in his program notes she would be 89 now – and Garry McDonald is off doing other things.

However, the spirit of the original ABC show, following the ups and downs, of ageing Maggie Beare and her long-suffering son, Arthur, is alive and fairly well.

Atherden might have introduced skype, mobile phones and, even, respite care for Maggie, but it still feels like 1980something in the theatre.

While this review could wax lyrical about the new Maggie and Arthur – veteran Noeline Brown (The Mavis Bramston Show) and rising star Darren Gilshenan (10 years with the Bell Shakespeare Company and then overnight success in TV shows such as The Moodys) – audiences can make up their own mind about this production now. It is just a case of asking yourself a few simple questions such as did I like Mother & Son in the ‘80s and would I like it today?

If the answer to these question is yes, then all you have to do is reflect on the prospect of seeing four new actors in the leading roles.

After all, when Richard Burbage premiered several Shakespearean title parts such as Richard III and Hamlet and no one said: “That’s it. That’s definitely it. No one else will play these parts.”

Naturally, TV characters, who come into our living rooms and achieve a kind of intimacy with mass audiences, are a little different to those on stage.

While I won’t go as far as the QTC artistic director, Wesley Enoch, who nominated Darren Gilshenan as a comic genius in his after party speech, both he and Brown do a commendable job.

As do Rob Carlton (remember Kerry Packer in the Birth of Cleo?) as Arthur’s cheating, scheming, brother Robert and Nicki Wendt as his snobbish, self-serving wife Liz.

In fact, I always preferred them to Arthur who, back in the 1980s and even how, is a little squeamish and groveling for my taste.

(The TV Mother & Son always reminded me of a 1960s UK sit-com, Steptoe and Son, about a father and team in the rag and bone business. The son was totally dominated by the old man and at the end of each episode his situation had never changed) Adapting to the needs of the theatre Atherden has allowed the characters to grow, even giving Arthur a steady girlfriend played by the delightful Rachel Beck and an end which does more than merely go back to the beginning.

I was never a huge Mother & Son fan, but the audience on opening night were obviously devotees who had no trouble with the new cast.

And I certainly laughed along or rather chuckled (for much of the time).

This is an unusual commercial choice for the Queensland Theatre Company, but one I am sure will pay dividends.

Nothing succeeds like success and Geoffrey Atherden’s enduring comic characters were certainly successful both then and now.